Some examples of curves created by plotter, just to get an idea what it might be good for. All images on this page are drawn on the fly: the URLs of the plots (yes, the ugly ones with the ridiculously long query string) were created once in the UI part and copied into the src-attribute in an image-tag (see page source for a real-life example).

Whenever the page is loaded or reloaded, the plotter creates the images and serves them to the browser. 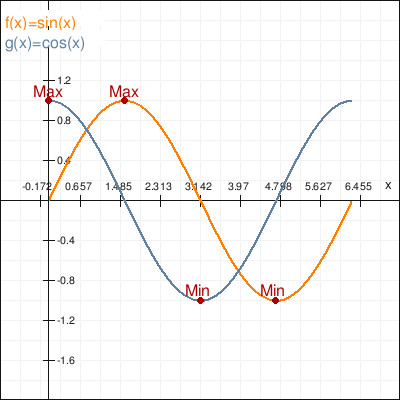 This is a plot describing the movement of an underdamped harmonic oscillator in a single dimension: \[ y(t) = A \cdot e^{-\gamma t} \cos(\omega t + \phi) \] for a linear damping force $ F = -c\cdot v $ and a damping coefficient of $ \gamma = \frac{c}{2m} $. Underdamping occurs when the damping coefficient is lower than the undamped resonant frequency of the oscillator.

The switching process at $t=0$ is modeled by a Heaviside function. 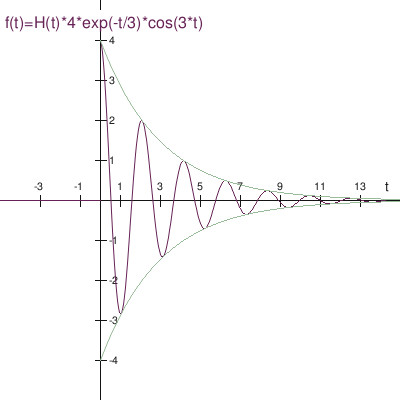 Here's a real-life example: a plot of a simple rational function created for one of my basic maths tests

Just to show the possibility, the last plot is a bit more funky (yeah!): this is a gaussian distribution with a mean of 2 and a variance of 1. The area below the curve is filled and the image is blurred and embossed afterwards by GD's filters. Finally the whole plot is rotated clockwise by 10°. 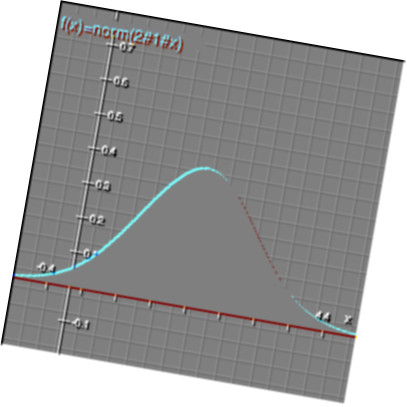